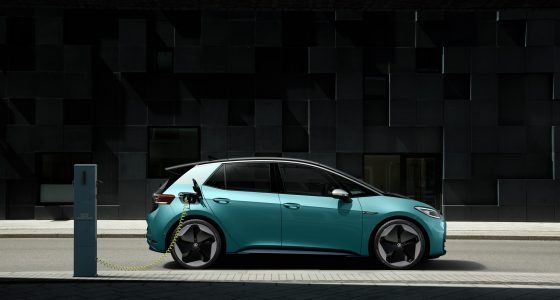 Before this pandemic started Tesla was riding a massive wave as electric…
Nissan has always lead the charge when it comes to bidirectional power…
Given our recent coverage of TSLA, you wouldn’t be blamed for assuming…

A bill is being considered in California that would lay down the legal framework for electric vehicle subscription services in the state. The bill aims to expand access to EVs to many drivers, including those with low-income. The idea of EV subscription services is very interesting and could introduce many drivers to the technology. Without the commitment of buying a car, range anxiety might not be as big of an influence.

END_OF_DOCUMENT_TOKEN_TO_BE_REPLACED

Bollinger just announced their upcoming Deliver-E, a fully electric delivery van. We often focus on consumer vehicles that tend to have an emphasis on power with a sleek look. The Deliver-E is the exact opposite end of the spectrum. Its weird boxy look won’t excite anyone for the future of delivery. But zero-emissions delivery vans like it could do more for the environment than any consumer electric car.

END_OF_DOCUMENT_TOKEN_TO_BE_REPLACED

Hot rod culture has been around for as long as car culture. Ever since man found a way to get from point A to point B, we’ve been strapping new things on our cars to get there just a little bit faster. But what if rather than say, swapping out a few belts for an extra 50 horsepower, you just had to modify your car’s software?

END_OF_DOCUMENT_TOKEN_TO_BE_REPLACED

One year ago, Tesla stock sat at just above $420 a share. In the past year, we’ve seen Tesla secure their market dominance and overcome numerous obstacles. Their stock continued to rise as they became the world’s most valued auto manufacturer, hitting roughly $1337 a share late week. That over triple where it sat just a year ago. But after Tesla announced a 5 for 1 stock split on August 11th, their share price has rocketed up to over $2000.

END_OF_DOCUMENT_TOKEN_TO_BE_REPLACED

Becoming stranded in an EV without charge could be a massive problem. Without widespread mobile chargers or V2V charging, there’s little that can be done with a stranded EV short of calling a tow truck. Luckily, there are a lot of systems in place to prevent you from ever running your battery that low. And a new test with the Hyundai Kona in Germany shows that with some smart driving, it’s almost impossible to end up too far from a charger.

END_OF_DOCUMENT_TOKEN_TO_BE_REPLACED

We’ve been hearing that full self-driving has been on the horizon for years at this point. With many failed promises from Tesla, and the release of FSD being constantly pushed back, it doesn’t feel like it’s ever coming. But we’ve gotten a new expected release date from Elon Musk. And this time, it might actually be happening.

We’ve known for quite some time that Tesla has been working on a complete rewrite of the foundation of Autopilot. This has naturally slowed visible progress on Autopilot, as the majority of work was being done behind the scenes. We have still seen some progress, such as the interesting traffic light and stop sign control feature. But the addition of that feature still doesn’t get us anywhere near FSD.

That rewrite is nearly done, and apparently we can expect the first rollout of FSD in 6-10 weeks.

This “quantum leap” could be very exciting. With the rewrite of Autopilot nearly finished, we’ll finally see all the work Tesla has been putting in over the past couple of years. Things like traffic light and stop sign control and summon were really just finding ways to push the limits of the old system. But with the new system, Elon says he can make his commute with almost 0 interventions. That is light-years ahead of what we’ve got currently.

But I am worried that Elon says “Almost at zero interventions”. Almost 0 interventions is still more than 0 interventions. I wouldn’t say it’s full self-driving if it still requires some intervention. That almost could be interpreted in many ways. It would only require intervention in rare circumstances, and Elon used almost to not imply Autopilot is a perfect system.

But I think there are real problems with an almost perfect system. I’d say it may even be more dangerous than an obviously imperfect system. People have been abusing the limited capabilities of Autopilot for years. If the system only rarely requires intervention, I imagine many more drivers will be act carelessly.

I could be worried about nothing. But if the new Autopilot system isn’t able to handle almost every situation safely, at least parking the car when conditions are not favorable for the system, we will have problems. I’m sure Tesla has thought of this, and hopefully, the system does a good job of alerting drivers when they need to take control.

I just hope we don’t see too many people falling asleep at the wheel. This is a very new technology and it will take time to audit it’s capabilities and establish regulations. Hopefully we won’t see too many careless drivers before that happens.

It can be hard to calculate just how much money you save by switching to an electric car because many of those savings can end up hidden. There’s the obvious benefit that EVs tend to require far less maintenance than their gas-powered counterparts. Some of the biggest savings come from cheaper “fuel”, but that gets mixed up with the rest of your electric bill.

Unless you’re willing to do some math it’s difficult to get a sense of just how much you are paying to drive your EV. Your energy usage can vary greatly from month-to-month, so at best you can only estimate how much power your EV is pulling. But Siemens is testing out a solution, the Meter Integrated Charger, or MIC.

The MICs are currently being tested out in New York, with the hope of making drivers more aware of just how much money they are saving. With this technology, you’ll be able to see exactly how much you’re spending to “fuel up” on your power bill.

The goal here is not rationing electrons. While this could help drivers become more aware of their charging habits, choosing to charge in off-peak times for savings, the primary goal seems to be driving EV adoption.

Siemens is working to promote EV adoption with our full range of charging equipment and solutions, and this could be a game-changer for EV drivers in understanding their fuel savings when they switch to EVs.

They don’t want you to stop driving to conserve power. They want to show you just how much money you are saving by driving an EV. They want to prove how little power is required to run an EV, and they want you to tell your friends. Word of mouth has been a powerful force behind the success of Tesla. And something like the MIC could make that force even stronger in pushing EVs forward.

The Lucid Air, the first EV coming from Lucid Motors, is set to hit a very important milestone when it comes to range. An independent test has shown that the Air will be able to drive longer than 500 miles on a single charge. This absolutely smokes the 400 mile range of the Tesla Model S, and could set the standard for long-range EVs moving forward.

END_OF_DOCUMENT_TOKEN_TO_BE_REPLACED

We’ve just recently gotten a look at the future of Nissan’s EV lineup with the upcoming Nissan Ariya. With 380 miles of range on the top-end model and an absolutely stunning interior, the Nissan has a real winner on their hands. The modular platform powering the Ariya opens up a whole new world for Nissan’s EV offerings. And the future is big.

END_OF_DOCUMENT_TOKEN_TO_BE_REPLACED

I’ve been very outspoken about the potential benefits of bidirectional charging technology. V2G(Vehicle-To-Grid) charging could help massively accelerate adoption of renewable energy like solar without requiring massive battery pack installations. But up until now, very few auto manufacturers seemed interested in the technology, with Nissan primarily leading the charge with their CHAdeMO standard.

But it seems like Audi is looking at the possibility of adding bidirectional charging capabilities to their cars. They’ve partnered with the Hager Group to research the technology and released a fantastic video explaining how it works.

END_OF_DOCUMENT_TOKEN_TO_BE_REPLACED

Lately, things have really been looking up for Tesla. They crushed delivery…

The release of the Ariya sparks an entirely new chapter for Nissan.…