The Nissan Ariya Is Here

Nissan has just revealed all the juicy details of their upcoming production bound Ariya. Set to release worldwide in 2021, the Nissan Ariya represents the next step forward in the electric vehicle revolution. This isn’t the dinky old Nissan Leaf you’re used to, let me introduce you to the Nissan Ariya.

The Nissan Ariya is a sleek and elegant crossover with the power to pack a punch. With 0-100 Km acceleration in only 5.1 seconds and a top speed of 200 km/h, the Ariya has the specs to compete with the big boys. And the longest range model can top out at an estimated 610 km, roughly 380 miles.

Nissan has learned a lot after over a decade of developing electric cars. They’ve liquid-cooled the battery to ensure maximum performance under all conditions. But the Ariya isn’t just the Leaf’s bigger brother, it’s Nissan’s new flagship. With advanced assisted driving tech and the e-4orce AWD traction control system, this thing is packed with impressive technology.

With industry-leading range and an aesthetic everyone can get behind, Nissan might have a real heavy hitter on their hands. The beautifully sleek exterior combined with a unique cockpit layout gives the Ariya a sophistication that the Leaf was sorely lacking. Pricing will start around $40,000, making the Ariya a real luxury electric vehicle for the everyman.

We’ve debated a lot about which EV is the best value for the price. And we believe that the crown undeniably goes to the Nissan Leaf, but with a caveat. It’s definitely the best value in terms of raw specs, but it’s not the best looking EV out there. The Nissan Leaf has always felt like a compromise. But the Ariya will shatter the average consumers perception of Nissan’s EV offerings. Nissan has been in the EV game longer than anyone else, and with the Ariya that really shows.

There is way too much to be excited about with the Nissan Ariya to condense into just one post. So stay tuned, because over the next few days I’ll be diving deep into all the technical details of this exciting new EV. Tomorrow we’ll be taking a look at the raw technical specs of the power train and battery in the Nissan Ariya, and looking at their e-4orce AWD technology. 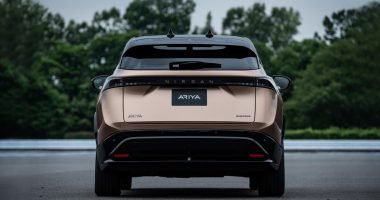 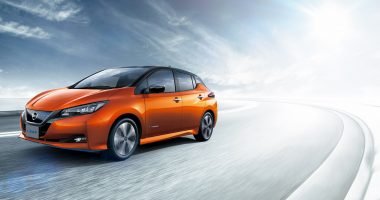